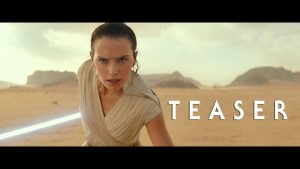 Every generation has a legend. Watch the brand-new teaser for Star Wars: Episode IX. 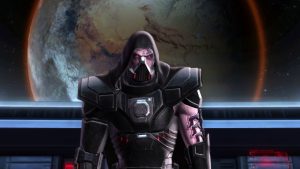 Commemorate 7 years of Star Wars: The Old Republic with the return of Darth Malgus in Game Update 5.10: Jedi Under Siege – now live. Long thought dead, the return of Malgus signals a deadly new chapter in the ongoing battle for the fate of the galaxy! 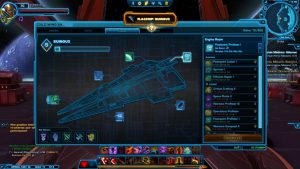 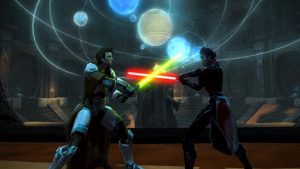 Embark on a brand-new Republic vs. Imperial storyline on the Jedi planet of Ossus. Choose your loyalties and influence the fate of the Jedi in Game Update 5.10: Jedi Under Siege – now live in Star Wars: The Old Republic! 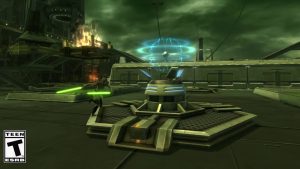 Giradda the Hutt invites you to compete in the 8v8 spectator sport of Huttball on the giant gas planet of Vandin! 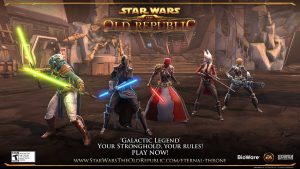 This summer, dominate opponents in fierce Star Wars™ PvP battles across the galaxy and become Galactic Legend as you fight in a new Arena, personalize your Rishi Hideout and for the first time, host your own Stronghold PvP battles! 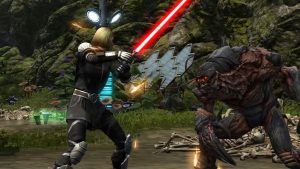 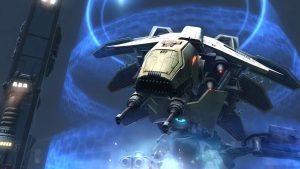 The last and largest of the dangerous droid superweapons of Iokath has been unleashed! With no one remaining to reign in its terrifying power, Izax the Destroyer, is set to annihilate everything in its path – starting with your Alliance 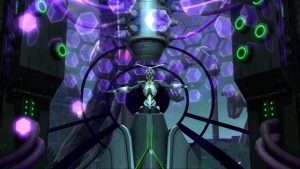 Gather your most powerful allies to fight by your side against the biggest threat to the galaxy, the lethal droid superweapon known as Scyva, Mother of Sorrows. Alongside your group of eight or sixteen players, battle this ancient menace with a passion for destruction and uncover new clues to the origins of this galactic threat as well as some impressive rewards! 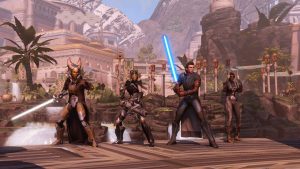 A Traitor Among the Chiss

The traitor has been revealed! Embark on a daring new story-driven Flashpoint in pursuit of a rogue agent. Journey to Copero – a remote world occupied by the mysterious Chiss species – to uncover the traitor’s destructive plans. Experience the story with your Companions, or fight with up to three friends in multiple challenge modes!